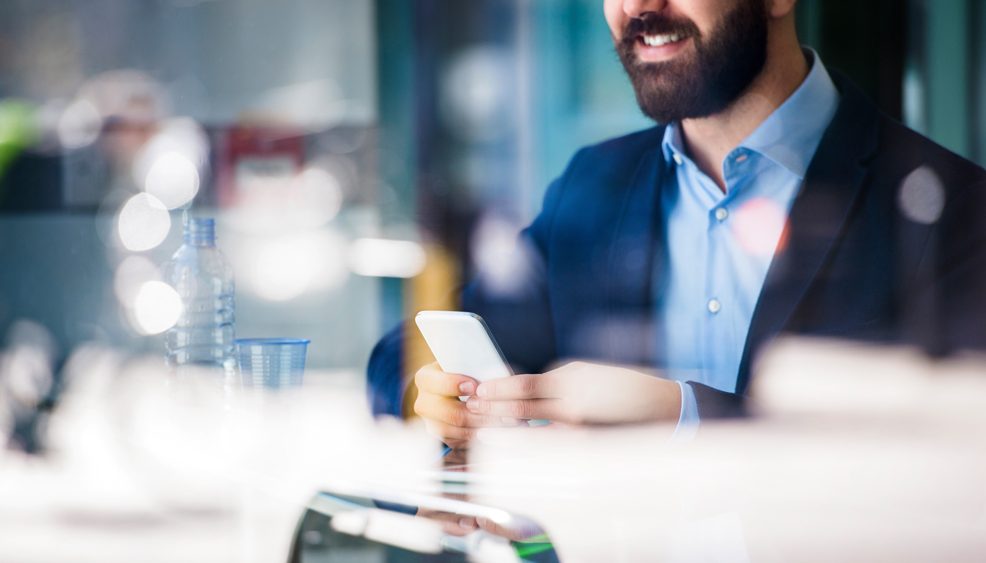 Way back in 2006, we had flip-top Star-Tacs, palm-sized Nokias, sharp-looking RAZRs and all-business BlackBerrys.  Then, just ten years ago, the iPhone changed everything.

As Mitch Green noted on AppInformers.com, the first iPhone had a Samsung ARM 11 CPU running at 412 MHz and 128MB RAM. One decade later, we have smartphones that are far more powerful: the iPhone X has a hexa-core Apple A11 Bionic CPU with six cores running at 2.4 GHz each, and 3GB of RAM. And by pure force, it’s not even the fastest processor – Samsung’s Galaxy S8 series is capable of even more calculations per second.

Today’s smartphones have more processing power than many desktop and laptop computers still used in offices around the world, and are more than capable of handling many routine office tasks.  Just take a look at the huge spectrum of mobile games for your device, ranging from simple games like Angry Birds to complex MMOs, shooters and racing games. So why shouldn’t we use them as desktop computers?

Having one device that connects to a desktop or laptop setup and becomes, essentially, the only computer you need, would have an enormous impact on the digital marketing world. Leave the spam emails for the dinosaurs—single-device marketing skips right to the heart of your communications environment circa 2027. When you can run a business, play an HD movie and converse globally, all from the same device, that device will become an irresistible target for marketers.

For a real-life preview of how a single-device hub might work, let’s take a look at Samsung’s DeX.

To turn a smartphone into a virtual desktop computer, you need to connect it to a large screen, a keyboard, and a mouse. And this is what the Samsung DeX Station does. It combines a docking station with a charger and a cooler, to keep your phone fed and cold at the same time. Besides, it comes with an HDMI port, two USB-A 2.0 ports, a USB type-C port, and a LAN Ethernet port for increased productivity.

The hardware is impressive, but it’s the software that represents the future.

Your Favorite Apps On A Big Screen

When you connect your Samsung Galaxy S8/Note8 phone to the DeX Station, the phone goes into DeX (Desktop Experience) mode. This looks and feels almost exactly like your usual desktop interface, no matter if it’s Windows, Mac OS X or Linux – actually, it’s almost identical to the desktop environment of Chrome OS. The Android apps supporting DeX scale up to handle the larger screen, and can be interacted with by using a keyboard and a mouse.

Among the apps that already support DeX, you’ll find quite a few Google services – like Gmail, YouTube, Drive, Photos, Play Music, and many others – along with Microsoft’s Office suite, a series of Adobe apps, VPN and remote desktop clients, AutoCAD Mobile, Twitch, Spotify, and many others. And games, too – Vainglory, Lineage 2 Revolution, and The Tribez, with more content probably following in the future.

With this dock, you’ll be able to use your smartphone as an office computer, a home entertainment center, a gaming platform, and as a desktop computer in general. It will help you become more productive and bring your favorite apps and games to a big screen.

What digital marketing expert would turn away from a one-stop opportunity like that? Not Gina Ferraro, president of MediaMark Spotlight. “The idea of connecting your smartphone to your computers using a docking station is intriguing, but I’ll guess the first casualty of that experiment will be the docking station itself,” says Ferraro. “Improvements in wireless connectivity will replace the docking stations. I’m more interested in learning what the most effective ways to employ single-device marketing will turn out to be.”