Blog
MediaMark Spotlight / Marketing / OVERBOARD OR STORYBOARD? Saving Time And Money On Your Next Shoot
Feb 14 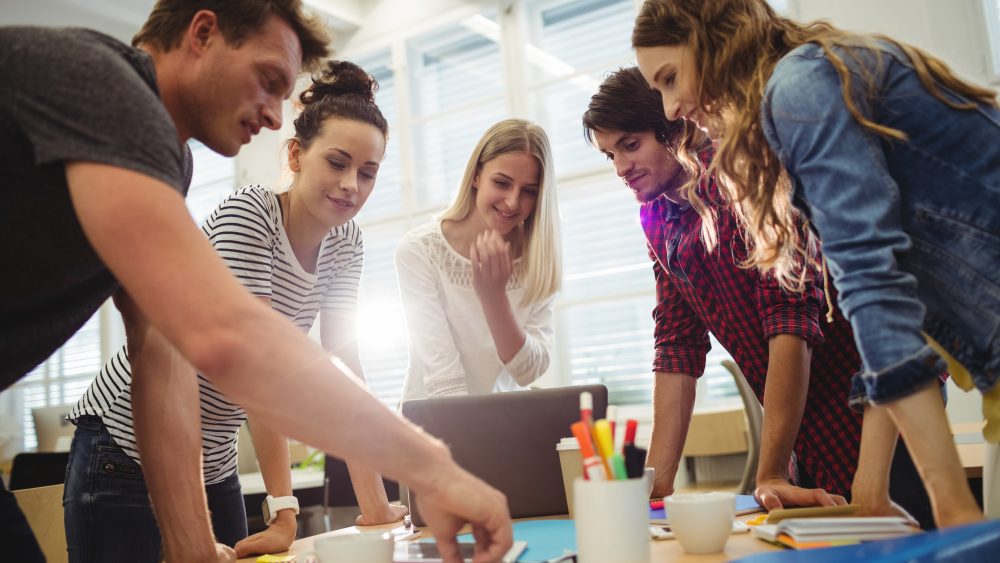 OVERBOARD OR STORYBOARD? Saving Time And Money On Your Next Shoot

Thanks to a happy collision of technology, marketing, and connectivity, videos are now cheaper to make and more popular than ever. Videos for sales, demos, training and other bits of business are practically inescapable. And while the more elaborate videos can quickly get expensive, keeping your costs and your message under control starts before a single frame is shot. Creating a winning video that won’t break the bank always begins with a storyboard.

Think of a storyboard as a comic-book version of what you want your video to say. A storyboard is a shot-by-shot guide to the video you’re shooting.

A storyboard uses pictures—sketches will do—that represent each shot, along with captions or dialogue, with notes about scenes and the scripting.

Who needs a storyboard? Why can’t we just wing it?

A storyboard may sound like an unnecessary extra step, which it is emphatically not. Three reasons why:

1. A storyboard is the best way to show your team what you have in mind.

A visual aid enables you to share and discuss your concept of the video with your team.
Showing everyone a script is fine if you’re producing a radio commercial. For a video, a script alone isn’t enough. You have to make it simple for your client and your team members to visualize your concept, and a storyboard provides that visual map.

2. A storyboard takes the guesswork out of production.

A storyboard should the first step in your video production plan. And it should contain all of the shots you’ll need, how those shots will be laid out, and how the visuals should work with the script.
The storyboard will also be an invaluable help in planning your coverage (meaning the angles from which you’ll be shooting each scene). Following a storyboard pretty much guarantees that no scenes will be overlooked, and it also helps your team edit the video according to your concept.

3. Having a storyboard saves time.

How to Make a Storyboard

Creating your own storyboard isn’t difficult—it’s essentially an exercise in filling in the blanks.

1) Create a series of blank frames
Draw a series of square panels on a piece of paper (or just print out a storyboard template downloaded from Google or Microsoft Word).
Think of these panels as the video frame. A different shot or scene will take place in each panel. You can hand-sketch the scenes, use your computer’s graphics or shoot photos. Don’t forget to leave room for captions or notes.

2) Mix in your script
Write each panel’s scripted lines under each panel, and jot down any notes that might pertain to the action. At this point in the process, if your storyboard starts resembling a comic book, you’re on the right track.

3) Picture this
Now it’s time to illustrate how each scene will look. Basic sketches will serve—the storyboard does not have to be overly detailed. And if you’re a lousy artist, remember that childish sketches are better than no illustrations at all.
Try to provide enough detail to explain what’s happening, who is in the scene and what the video, in general, will look like. The scripting and related notes will fill in most of the other details.

Other useful notes would deal with camera angles, transitions, and movements. This info will prove invaluable during the shoot, as well as in the post-production process after the shoot.

And don’t forget to:
• Show, don’t tell. Visuals carry far more clout than words. Check your storyboard to make sure your message can be understood with the sound off.
• Think Hollywood. How does your video stack up next to a movie? Do the characters walk and talk with the camera tracking them down a hallway? Do movable things, like people, actually move, or do they look like their shoes have been nailed to the floor? You may not have a Steadicam dolly or a moving aerial platform, but you do have your imagination. Even a few cinematic touches can significantly elevate your video.
• Be consistent. Your video is telling a story but, in many cases, it’s also reinforcing a brand. That means your video should look consistent from start to finish; incorporating the brand’s color palette could add a nice touch your client will appreciate.
• Include all relevant details. Break down the script and add any important info you may have overlooked:

o Where does each scene take place?
o Who is onscreen? What action is being performed?
o Are props needed in any of the scenes?
o What about text? Color, position, font and font size?
o Ultimately, what is your message?

And that’s a wrap, people!

A storyboard is a map for your video that everyone involved can immediately understand. Knowing how to storyboard will quickly become an indispensable and in-demand skill. And there’s no better way to give your clients and your production team a full representation of the proposed video than by furnishing them with a storyboard.

MediaMark Spotlight does more than just deliver an idea or capture a brand. We take the time to learn about your customers, your company and your goals. This allows us to capture and expand the essence of your brand, and bring it to your targeted demo powerfully, efficiently and economically. We also drive your message home through proven traditional marketing as well as next-gen digital techniques, including app development, mobile messaging, short explainer videos, and dynamic banner advertisements.